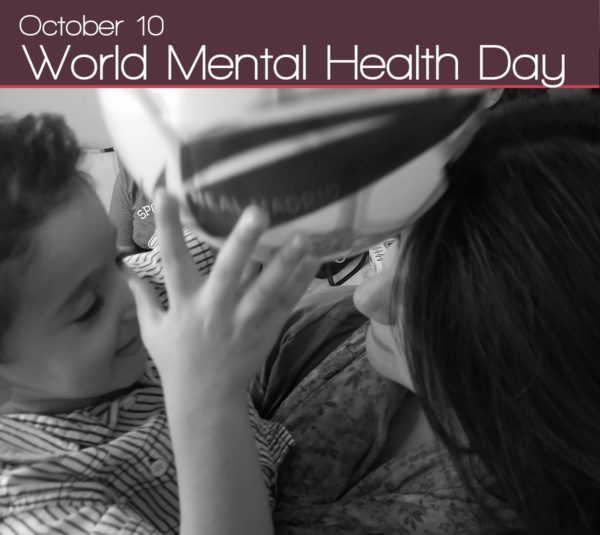 Three dozen children sit still in a row on a long bare cot. It’s eerily quiet. The children know that no one will pay attention to them. A smell of cleaning products fills the air.

When I visited LeNid orphanage during the process of my sister Amina’s adoption, the silence was deafening. When I went back a year later to bring home my son, his aggressive thirst for playtime was equally alarming. His unusual reaction to a ball made me realize that he and all the other children in the orphanage were deprived of their basic human birthright to play.

My son’s orphanage was a ‘good orphanage;’ the children were fed, diapered and bathed on a set schedule. But he was left in isolation all day, without stimulation. He spent the vast majority of his life confined to a room. It was a room with little natural sunlight, no access to the outdoors, and no place to play.

According to a recent study, 70% of children in orphanages show signs of depression. Another 70% show signs of other mental health issues such as anxiety, PTSD and autism.

Orphans aging out of institutions are especially vulnerable. They are left unskilled, uneducated and unemployed. These factors create a vicious cycle. Marginalization, impoverishment, and stress cause the orphans have further mental disorders. Those that age out of orphanages are 500 times more likely to kill themselves.

Amina and I were haunted by our observations. We spent the next year in grassroots efforts to support the orphanage through preschool sponsorships and other programs. My husband and I shifted the gears on our own life and decided to adopt. Ultimately, Amina and I formalized our efforts and launched BLOOM Charity. BLOOM’s projects and programs ensure that the mental health of orphans is addressed from infancy. Through BLOOM’s Magical PlayGardens Campaign, children in orphanages are provided with accessible spaces where they can play, learn, and heal.

Playtime is a human birthright that is often denied to children in orphanages. The stimulation from play is fundamental to a child’s physical and mental development. Without mental health support, orphans are destined to fail when they reach the age of integrating with society. They are unable to succeed in the education system and remain locked in a cycle of poverty.

Mental illness is a global health crisis. It’s a vital pre-curser to global human progress. On World Mental Health Awareness Day, I hope to be one voice for millions of institutionalized orphans around the world.